WE ARE OPEN AS ESSENTIAL BUSINESS SINCE WE ARE A MEDICAL OFFICE. WE WILL BE OPEN DURING NORMAL OPERATING HOURS, BY APPOINTMENT ON MONDAYS, WEDNESDAYS & THURSDAYS. We are following CDC guidelines to help prevent the spread of COVID-19 and taking extreme precautions at our facility. All patients and visitors MUST wash their hands and have their temperature taken upon arrival. Thank you for your cooperation as we serve our community during this time.
Home Blog Auto Immune Disease 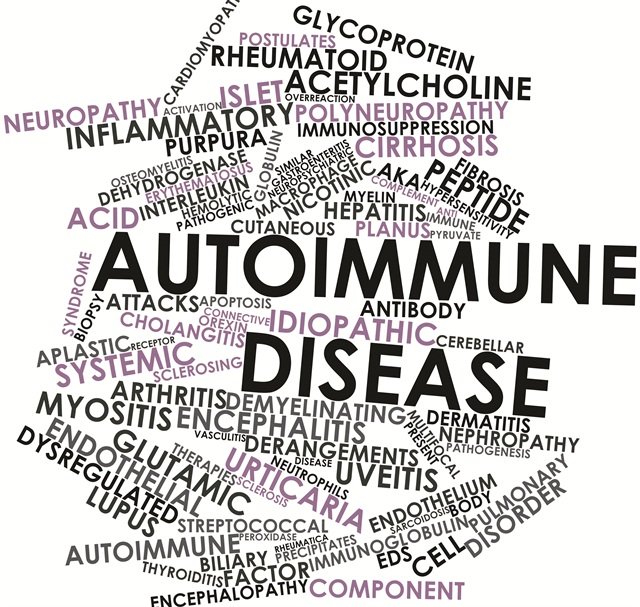 ﻿Here at The Emperor's Medicine, our physicians have treated many patients with Auto Immune Disorders. The doctors work with the patient to create an individualized treatment plan according to the patient's need, that adresses the body as a whole. Below is a list of the most common Auto Immune Disorders and the associated symptoms.

The early symptoms of many autoimmune diseases are very similar, such as:

Individual diseases can also have their own unique symptoms. For example, type 1 diabetes causes extreme thirst, weight loss, and fatigue. IBD causes belly pain, bloating, and diarrhea. With autoimmune diseases like Lupus or RA, symptoms come and go. Periods of symptoms are called flare-ups. Periods when the symptoms go away are called remissions.

No single test can diagnose most autoimmune diseases. Your doctor will use a combination of tests and an assessment of your symptoms to diagnose you. The ANA (anti nuclear antibody) is often the first test that doctors use when symptoms suggest an autoimmune disease. A positive test means you likely have one of these diseases, but it won’t confirm exactly which one you have. Here at The Emperor's Medicine, we use state of the art laboratory testing which tests outside of the realms of Western Medicine. Our practitioners check for the inflammation these diseases produce in the body.

There are more than 80 different autoimmune diseases. Here are the most common ones.

1. Type 1 diabetes The pancreas produces the hormone insulin, which helps regulate blood sugar levels. with Type-1 diabetes, the immune system attacks and destroys insulin-producing cells in the pancreas.High blood sugar can damage blood vessels, as well as organs like the heart, kidneys, eyes, and nerves.

2. Rheumatoid arthritis (RA) this is where the immune system attacks the joints. This attack causes redness, warmth, soreness, and stiffness in the joints. Unlike other forms of arthritis, which affects people as they get older, RA can start as early as your 30s.

3. Psoriasis/psoriatic arthritis Skin cells normally grow and then shed when they’re no longer needed. This causes skin cells to multiply too quickly. The extra cells build up and form red, scaly patches called scales or plaques on the skin. About 30 percent of people with psoriasis also develop swelling, stiffness, and pain in their joints. This form of the disease is called psoriatic arthritis.

4. Multiple sclerosis damages the myelin sheath — the protective coating that surrounds nerve cells. Damage to the myelin sheath affects the transmission of messages between your brain and body. This damage can lead to symptoms like numbness, weakness, balance issues, and trouble walking. The disease comes in several forms, which progress at different rates. About 50 percent of people with MS need help walking within 15 years after getting the disease.

5. Systemic lupus erythematosus (lupus) doctors in the 1800s first described systemic lupus as a skin disease because of the rash it produces, it actually affects many organs, including the joints, kidneys, brain, and heart. Joint pain, fatigue, and rashes are among the most common symptoms.

6. Inflammatory bowel disease IBD is a term used to describe conditions that cause inflammation in the lining of the intestines. Each type of IBD affects a different part of the GI tract.

7. Systemic lupus erythematosus (lupus) doctors in the 1800s first described systemic lupus as a skin disease because of the rash it produces, it actually affects many organs, including the joints, kidneys, brain, and heart. Joint pain, fatigue, and rashes are among the most common symptoms.

8. Graves’ disease attacks the thyroid gland in the neck, causing it to produce too much of its hormones. Thyroid hormones control the body’s energy usage, or metabolism. Having too much of these hormones revs up your body’s activities, causing symptoms like nervousness, a fast heartbeat, heat intolerance, and weight loss. One common symptom of this disease is bulging eyes. It affects up to 50 percent of people with Graves’ disease.

9. Sjögren’s syndrome This condition attacks the joints, as well as glands that provide lubrication to the eyes and mouth. Symptoms of Sjogren's are joint pain, dry eyes, and dry mouth.

11. Myasthenia gravis affects nerves that help the brain control the muscles. When these nerves are impaired, signals can’t direct the muscles to move. The most common symptom is muscle weakness that gets worse with activity and improves with rest. Often muscles that control swallowing and facial movements are involved.

12. Vasculitis happens when the immune system attacks blood vessels. The inflammation that results narrows the arteries and veins, allowing less blood to flow through them.

13. Celiac disease People with this disease are unable to eat foods containing gluten — a protein found in wheat, rye, and other grain products. When gluten is in the intestine, the immune system attacks it and causes inflammation.

Call our office at 630-428-9001 to set up your comprehensive consultation to address the root of your Auto Immune Disorder.